Foundation to doctor: Alex shares his experience of student Science


Three years ago I found myself in an unpleasant position. An injury had meant that I had to leave a job, which I had loved and had aimed at for over a decade. I had no qualifications to speak of, or at least that would be relevant to most employers, and I had just turned 34 years old with three children. I was effectively in a last chance saloon to provide myself and my family with a future and the potential of a decent income. Not really knowing what was available to me, I took some Open University courses in Science and Engineering. I thought, Great! I can work part time and gradually work towards my qualifications.

Now, bear in mind that no one in my immediate family has a degree and I had great admiration for others that held a degree. In fact, I put them on a pedestal, way above me (you can imagine the level of respect that I have for those with a PhD, but we will come to that later). The decision to return to undertake a degree was made with great trepidation and a certain amount of "will I really see this through?" Well, I found a local community college, which offered a Foundation Degree in Bioscience. I thought it wouldn’t hurt to speak to them, would they even take me? Well, one phone call later and I was on the course. For those wondering how I would afford it, the amount available from the student loan company was more than that which a good part time job would provide. I am not saying it was easy, but it was possible. Community college: I had many pre-conceived ideas about the people I would find there and, for the majority, I was completely wrong. South Devon College had the most enthusiastic, motivational lecturers I have ever met. The subjects were delivered with such a level of interaction that most lectures felt like a discussion rather than a lesson. We were a small cohort that had been whittled down along the way but my fellow students turned into a closely-knit support network of friends. The two years there flew by and I completed with the highest score, a distinction and an award from the Society of Biology. 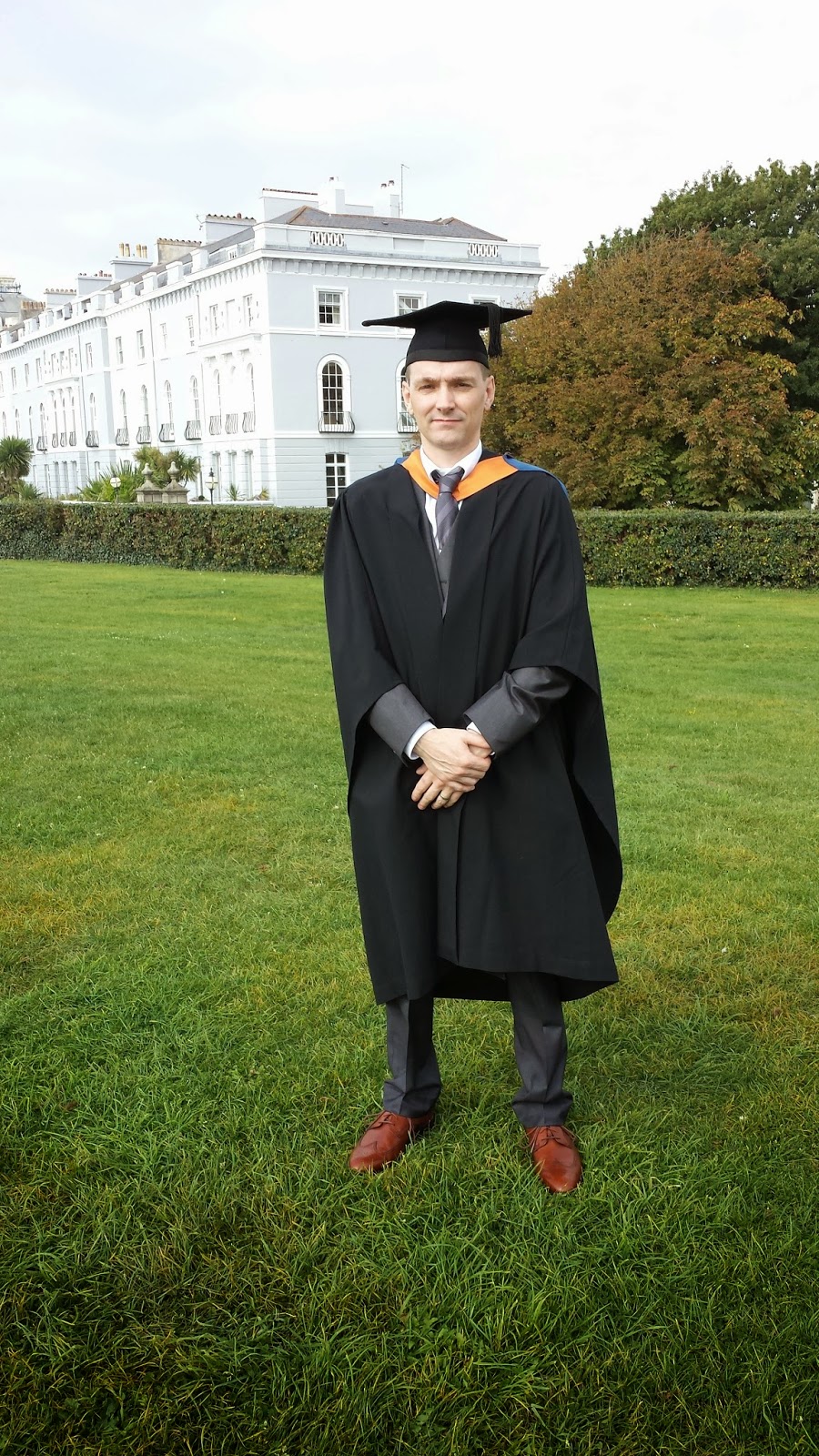 My level of success had come as somewhat of a surprise to me but the ante was about to be upped. To complete my BSc I had to undertake a final year at the University of Plymouth. Our little cohort would have to go and see how we fared against “proper” Uni students. Certain things became immediately apparent. You get lost…. a lot. There are a lot more students - this sounds obvious but it means lecturers have more students to deal with and there is less interaction than at a community college. You have to stand on your own two feet, find your way around and make yourself known to the lecturers. Each lecturer has their own style of teaching, some simply deliver the material, whereas some enjoy a more discursive session. What I will say is that they were all approachable and willing to have as much input to your studies as you are willing to make. I was fortunate to have a final year project supervisor, Dr Andrew Foey, who would devote hours to his students in the lab and sit and discuss various aspects of immunology in his office.  Where did this lead? In September this year, I graduated with First Class honours and on the 1st of October I began a PhD with Dr Foey as one of my Supervisors (and yes I still see those with a PhD as on a totally different level to myself).

It still hasn’t really sunk in that I have a degree or that I am studying towards a PhD but, looking back, I can pick out moments that have enabled it to happen that now enable me to give a few words of advice. South Devon College was an excellent place to start.  As a mature student, I doubt there is any better introduction back to education than a Foundation degree. Do not be afraid of it, the course starts from the basics and builds up from there. Everyone is equal at the beginning, no matter what your level of knowledge. At either Community College or University, ingratiate and make yourself available to the lecturers, they have a difficult job and you are not their only student! Work, hard from the very beginning, set your standard from the off and keep it there. Take opportunities, show yourself to be interested in expanding your knowledge and your horizons. Additional skills will raise you above others to potential employers and you never know, they could be one of your lecturers. Don’t be afraid to ask for help, there are many support mechanisms at Plymouth University that I have personally seen help fellow students. Value the input of your peers, our little cohort graduated with an exemplary aggregate grade and they are good friends to this day. If you want to do it, have no hesitation. Yes, it is not all plain sailing but it can be extremely rewarding and fulfilling but the bottom line is that you have to want to do it.

Hey if I can do it, anyone can!