A big research area at Plymouth is brain tumours. Here is the press release about a recent event about students getting involved in raising funds for this research.

Generous students from Plymouth University have raised more than £200 for charity Brain Tumour Research, at a ‘virtual’ horse racing event.

Arranged by Plymouth University Students Union, which has adopted Brain Tumour Research as one of its charities this year, those taking part were invited to place bets on a computerised horse race, or become the owner of a ‘virtual’ horse in return for a donation.

There were eight virtual runners in eight races, and the runners in the last race were put up for auction to raise even more funds.

Brain Tumour Research supports research at Plymouth University, which holds the reputation as a leading facility in Europe looking at low-grade brain tumours. The research team are exploring the potential for the repurposing of existing drugs to ‘fast-track’ potential treatments, instead of waiting for new drugs to be developed, tested and trialled and passed for patient use – a process that can take a decade or longer.

By understanding the mechanism that makes brain cells become cancerous in low-grade tumours, the team are looking at ways in which to halt or reverse this process. The results from this research assists investigations into high-grade tumours as high and low grade tumours share some common features.

The event was organised by a team led by student Emily Blacklock. She said: “Everyone had a great time and it was a huge success. We were really pleased to have been able to raise money for such a worthwhile cause.” 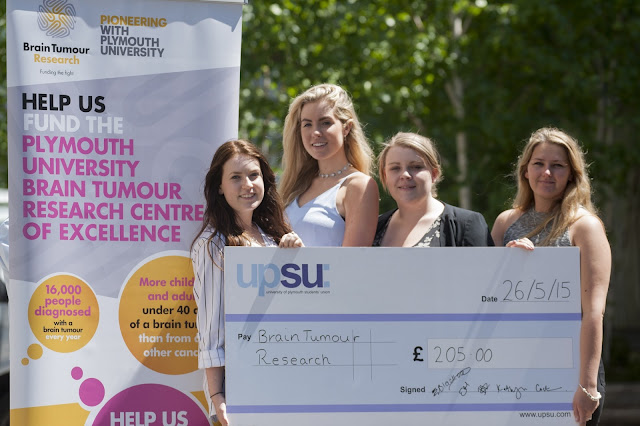