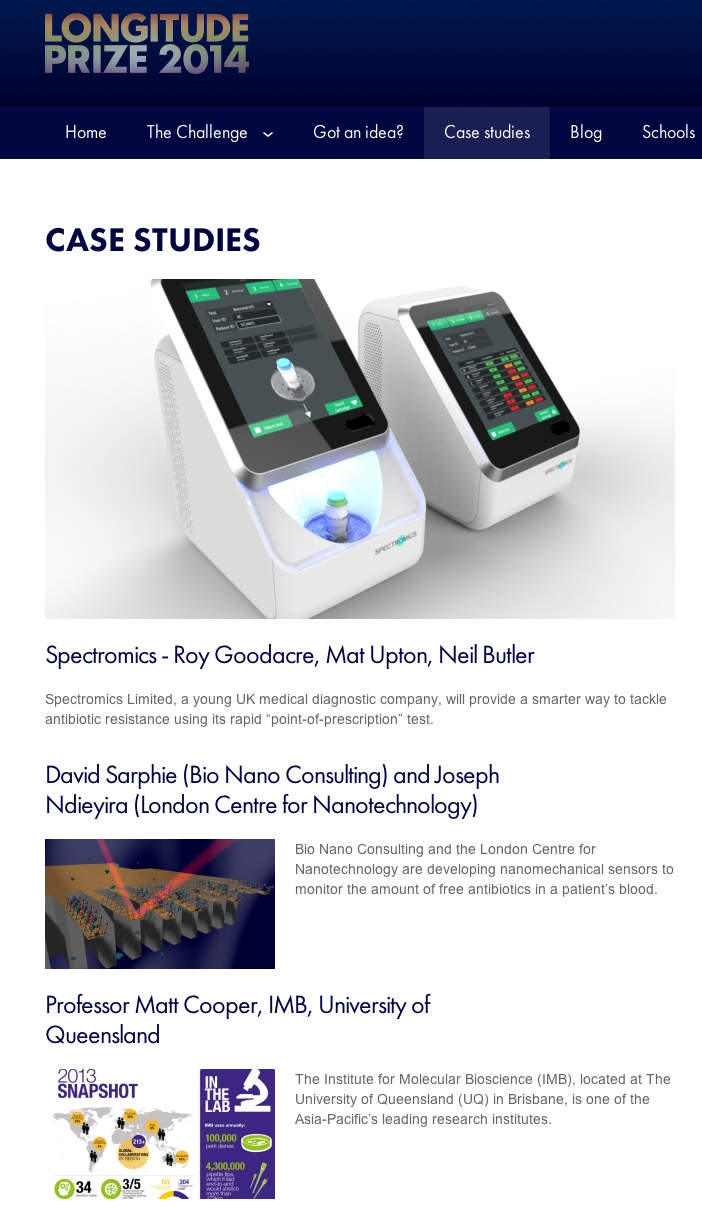 The Longitude Prize 2014, a challenge with a prize fund of £10 million, has been launched to help solve one the greatest issues of our time. The British public will cast the deciding vote to choose the issue that the prize will tackle. The prize has been developed and is being run by Nesta, the UK’s innovation foundation. It was launched by the Prime Minister at G8 last year, and is being supported by the Technology Strategy Board, the UK’s innovation agency, as funding partner.

School microbiologist Mat Upton's Spectromics machine, "a smarter way to tackle antibiotic resistance using its rapid 'point-of-prescription' test" is in the running and has been selected as one of their Case Studies (left).

The £10 million would certainly come in handy! Hope you remember your friends, Mat......