Eternal War in the Dark Matter of our Genome

Something out of Star Wars perhaps? Not even close - Dr Robert Belshaw, one of our new appointments in the department gives an overview of his research:

"The proteins that make up our body are coded for by less than 2% of our genome sequence. Finding out what goes on in other 98% (the so-called "Dark Matter") is one of the great challenges in genomic research.

Some of this Dark Matter is made up of regulatory elements (signals to switch our genes on and off) and the ENCODE project (Encyclopedia of DNA Elements) is a big collaborative attempt to make sense of this. Other regions may be just "junk" DNA with no function, but around half of the Dark Matter is the remains of genomic parasites: pieces of DNA that copy themselves to new locations, often causing damage as they do so. Our body has a battery of defence mechanisms to fight this proliferation, which parallels the way our immune system copes with ordinary pathogens.

I have just moved to Plymouth from Oxford where I was working on a group of these genomic parasites, called endogenous retroviruses. There is a BBC report on a paper we did last year on them. One aspect of my research at Plymouth will be to investigate the possible benefits of these viruses. They are generally silenced (switched off) in our body but this control breaks down with disease, leading to viral proteins being produced in cancerous and infected cells. In theory we can stimulate our immune system to attack these cells, opening up the possibility of new treatments for cancer and HIV infection, even vaccines." 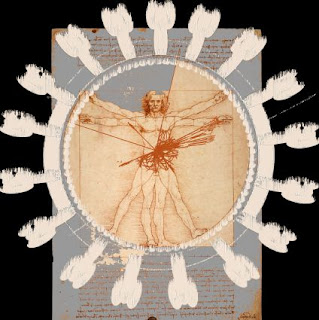 Posted by Rich Billington at 15:31